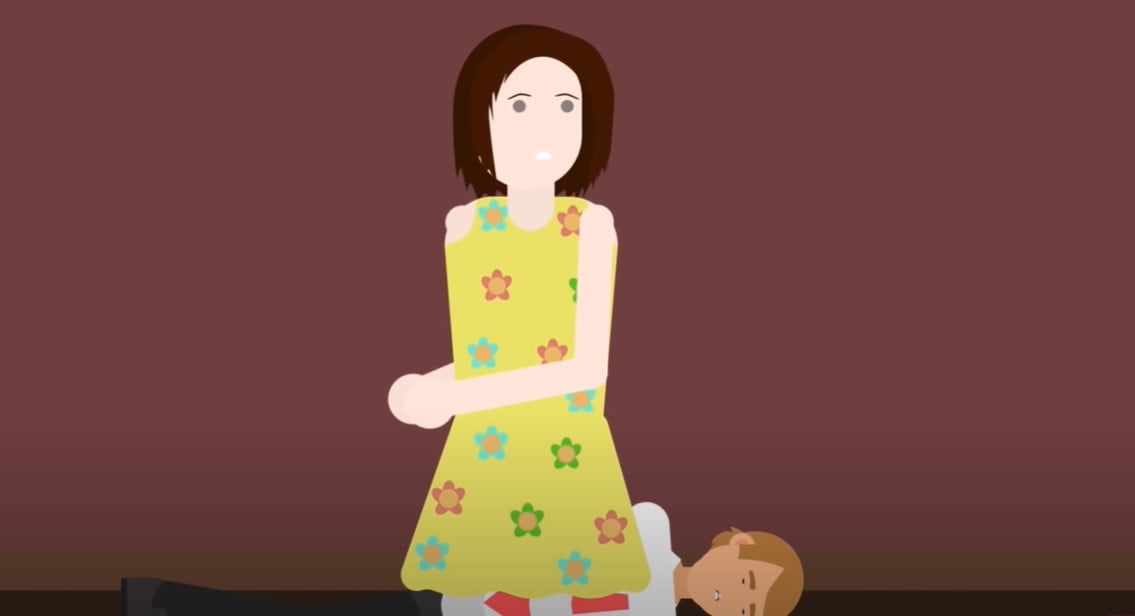 SCP 053 or SCP-053, also referred to as the Young-Girl, is a Euclid class object owned by the SCP Foundation. She can speak with basic speech and appears to be a little above average in terms of mental development. She generally has a pleasant personality and is not often unhappy, only displaying anger when she is in the presence of large crowds of people.

Anyone who tries to kill SCP-053 will experience massive seizures or heart attacks and will die within a few minutes of doing any physical harm to SCP-053. SCP-053 regenerates almost instantly from any injury regardless of the severity.

Mind Manipulation (Makes the people who surround her become irrational and aggressive) and death Manipulation (Those who attempt to kill her will be killed). Regeneration (At at least Mid-Low, but likely much greater). All base abilities are massively stronger, Superhuman Physical Characteristics, Higher-Dimensional Manipulation, Conceptual Manipulation, Life Manipulation ETC.

Destructive Ability: Below the average human (Has the body that of a three-year-old girl). The Hyperverse level (Takes the part of Death One of SCP-343’s Horsemen of the Apocalypse. SCP-682’s Leviathan form is nothing more than a horse for her.)

Who is the strongest SCP? Dangerous, Powerful SCP, Write an SCP

SCP-053 is a Euclid class believed to be a tiny 3-year-old girl. Anyone older than three who engages in eye contact, physically touches, or stays within SCP-053’s vicinity for more than 10 minutes is likely to become paranoid, irrational, and even homicidal.

As we all know, SCP 053 can cause anyone who is near it to become terrified, as well as violent. This person will try to murder the victim but experience a huge heart attack and pass away instantly.

When we look back at the SCP 682 test, We can see that everything was reversed. The lizard did not become hostile after meeting the girl as it’s typically aggressive. But rather, after meeting this girl, it grew calm. This is the obvious reason. SCP 682’s ability to adapt.

The lizard realized it was likely that attacking her could be fatal and chose to stay in peace.

SCP 053’s abilities affect 682’s abilities in reverse. The ability makes ordinary people hostile to her, perhaps by reversing the human instinct to safeguard children. It is evident she triggers a profoundly abnormal change in the way people behave.

But, 682 is hostile to everyone by default, even children. As 053’s abilities can’t change 682’s behaviour to be more hostile than it is already by its nature, it reverses the effect, and it becomes soft and friendly. In other words, maybe 682’s mind is so different that it is the equivalent of insane homicide for the species it is a part of?

SCP-053, in her true form, is incredibly powerful. She is Death of the Four Horsemen of the Apocalypse and Atanti’s true Leviathan Self,

So, we’re talking about SCP 053, right? Physically SCP 053 isn’t the most powerful of the group. Indeed, it’s not the real SCP. However, we’ll come to this.
Therefore, the ability of SCP-053 is faster than any other. Her first power includes Mind Manipulation, Death Manipulation and at least Mid-Low Regen.

SCP-053 also called the Young-Girl, is a Euclid class object owned by the SCP Foundation.

What are SCP 053 abilities?

Mind Manipulation (Makes the people who surround her become irrational as well as aggressive) as well as death Manipulation (Those who attempt to harm her will die) Regeneration (At most Mid-Low, possibly significantly more powerful). All base form abilities are significantly stronger Physical Characteristics of Superhumans.

Background. SCP-053 seems to be an infant girl aged 3 years old. She can speak with a simple speech and appears just a bit above average in her mental development.

The 19th century saw 035 finally preserved in a crypt within an old house located in Venice and was discovered in the SCP Foundation during the 19th century.