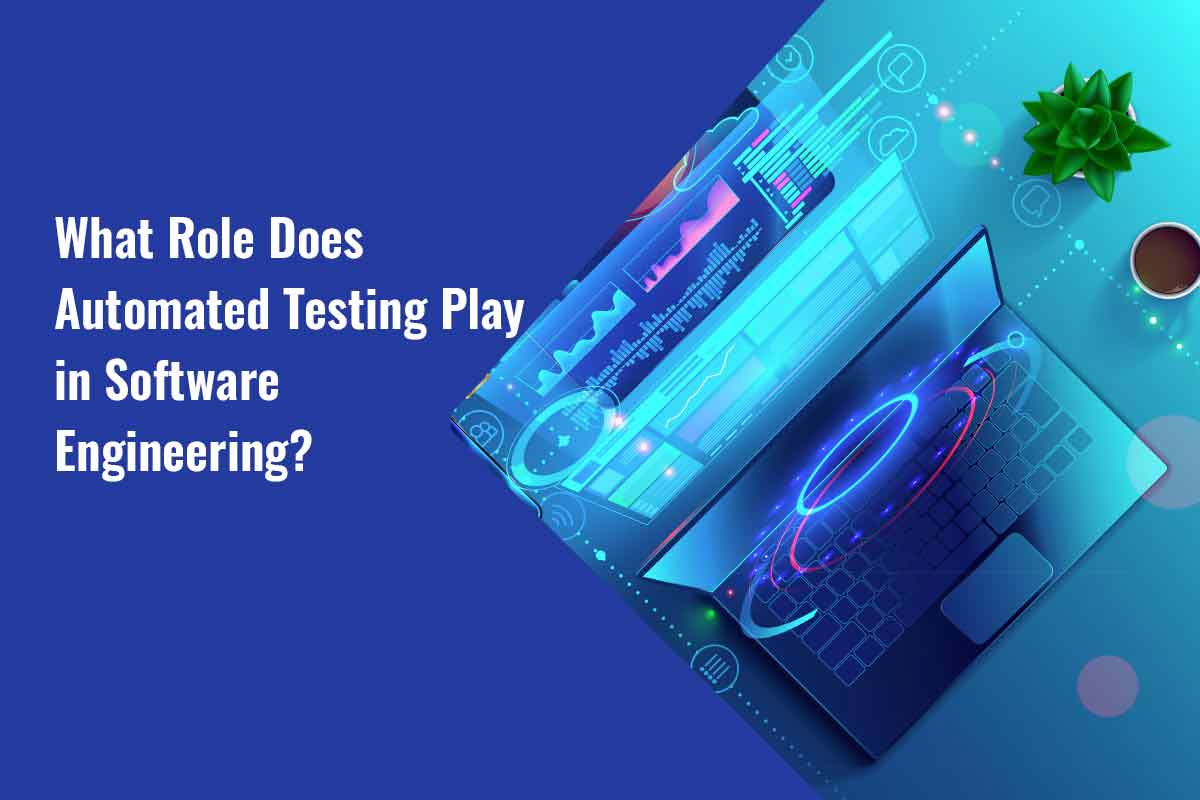 Automated Testing Play in Software Engineering: Most organizations’ applications get complex with time, and testing them manually gets tedious. With test automation, you can overcome these challenges and enable your testers to save time. Test automation allows organizations to be agile in their software development process and deliver a quality product for the users.

There are several reasons why most organizations prefer automated testing to manual testing. With the use of the best tools for automation testing, you will improve the accuracy of the overall process and boost the team’s morale. And thus, you will quickly empower the testing teams to cover a lot of test cases in less time and effort.

On the other hand, manual testing is prone to errors; the higher the number of errors, the higher the chances of team members losing morale. You will generate reports and compare the results quickly with what’s expected.

This helps a lot in gauging the quality of the application. Automated testing also allows you to scale operations per the system’s ever-changing needs.

Below are the roles played by automated testing in software engineering.

In most cases, organizations adopt automated testing to make the test coverage more efficient and increase the overall speed of testing. It can be very challenging to automate software testing with many dependent services where scalability is not fully applicable.

Scalability refers to the capacity to change in size or scale operations to support the increasing capabilities of a system. Through automated testing, you can increase scalability by decoupling the key areas of test automation.

This is more of clearing all the necessary boundaries to avoid unnecessary complexities that make it hard to adjust and incorporate vital changes. Scalability is also supported in the parallel execution of test cases in test automation, whereby a broad set of devices are supported to facilitate fast and reliable execution.

What Can Really Do QUANTUM COMPUTING in 2022?

The rate at which the performance of the software can be improved depends on how fast the testers receive feedback. Feedback is vital for proper insights on correcting or fixing several bugs detected in the system. With test automation, you will get instant feedback which plays a huge role in delivering a quality software product to the users.

Faster feedback means you will develop effective strategies to fix bugs before other parts of the system get affected by the bugs. The faster you fix the bugs, the lesser the downtime, especially when the software is already on the market. You can fix all the bugs without affecting the software’s functionality too much, which significantly affects customer satisfaction.

With automated testing, you can run uninterrupted tests to get constant feedback on the software defects associated with your application. Continuous testing is usually done in the early stages of software testing and helps detect potential code challenges during the early development stages.

The automation test tools help the testers make strategic release decisions based on the in-the-moment feedback on critical software defects. This balances the demand for the quick delivery of updates with high-quality code.

Once you achieve continuous testing, it’s very rare for an incorrect code to find its way to the production environment. And thus, you will achieve a reliable and consistent testing process.

Every software engineer’s goal is to improve test coverage while ensuring that no defects slip past the testing processes. To increase the test coverage, you will have to increase the overall speed of the whole process, which is nearly impossible with manual testing.

Automated testing plays a vital role in software engineering by increasing test coverage, especially when dealing with complex enterprise applications that require a lot of effort and time to be completed.

It allows you to test applications of any size, more so when dealing with an application that doesn’t require coding skills. With just a few clicks of the buttons, you can automate a lot of test cases to run for a short time. This means you can cover more test cases across heterogeneous applications and configurations.

Software testing is a continuous process; every time a code is modified, you must test it across disparate configurations. If these processes were to be carried out manually, this would take a huge amount of time, and that doesn’t mean the tested scenarios are free of errors.

Due to the organization’s expanding applications, testing time keeps increasing. Automated testing saves time as you can automate several test cases repeatedly and get results within a short time.

When manually carrying out software testing, the testers’ exposure and expertise determine the level of testing that will be carried out. Instead of using this approach, it would be better to adopt automation testing for accurate results. Ensure that all steps are followed accurately during the automation process and share each process’s results with the team members.

What is automated testing in software engineering?

What is meant by automated testing?

Tests that are automated is an instrument that checks the software’s functionality and is in compliance with standards before releasing in production. This method of testing software uses scripted sequences, which are then executed through testing instruments.

What are examples of automated testing?

What are the types of automation testing?

What is the use of automation testing?

Automation testing involves the use of tools and technologies to test software, with the aim of making testing easier making it easier to deliver capabilities quicker and at a lower cost. Automation testing helps build better quality software that requires less effort.

Why automation is the future?

In actual fact, automated machines are predicted to replace nearly half of the world’s workforce. Numerous industries from banking to manufacturing and finance, are embracing automation to increase efficiency, safety, profits, and overall quality. Automation will improve connectivity and security in an increasingly competitive ecosystem.

What are automation testing advantages and disadvantages?

Furthermore, automated testing can save you time since it doesn’t require you to run the same test by hand repeatedly. The biggest drawbacks to automated testing are that they typically require more money for software, take an enormous amount of time to set up initially, and requires an extensive amount of maintenance.

What is the impact of automation?

Automated testing plays a huge role in software engineering. With automated software testing, you increase the accuracy of the testing process, save time, increase test coverage, scale your operations and facilitate fast feedback. Ultimately, you will produce a software product that meets the customer’s requirements.