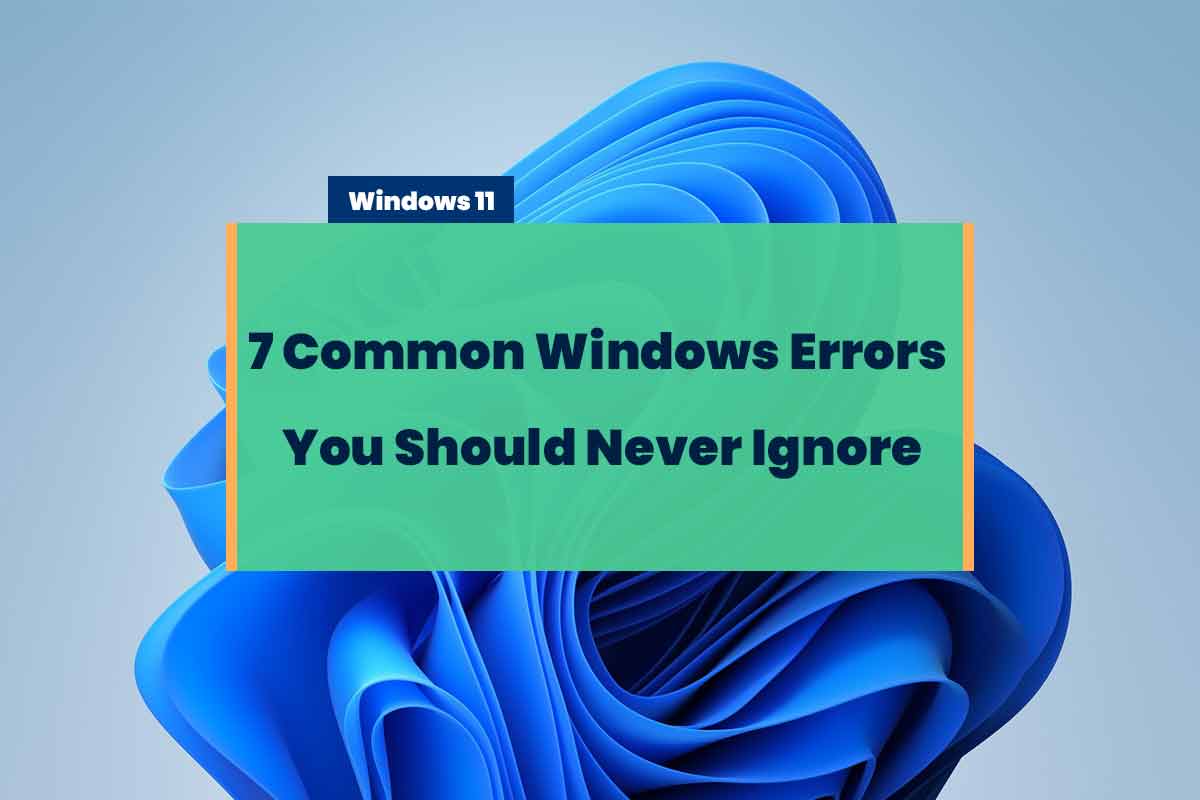 Windows is one of the operating systems with a high level of popularity. Windows has many versions ranging from Windows XP to Windows 10. Almost every PC user uses Windows on their desktop. This is natural considering the operating system made by the technology giant, namely Microsoft, has a straightforward user interface and is quite sophisticated.

Even so, problems can still occur, which can be recognized from the Windows Error feature on a laptop or computer.

When Windows has problems, users usually feel uncomfortable because their laptop or computer becomes unusable. Recognizing the characteristics of Windows Errors and fixing them can either be difficult or easy, depending on the problem and its cause.

The higher the level of the problem experienced, the more difficult it will be to fix. One of the final solutions to be able to overcome problematic Windows is to reinstall.

The unnaturally occurring signs and changes will easily recognize a problematic operating system. Some users may be aware of this condition, but most are still unaware of the damage that is starting to occur in Windows.

Therefore, in the following, we will talk about Windows Errors or problems that usually occur on laptops or computers. See the following explanation.

The first characteristic of Windows errors is the performance of laptops and computers that becomes slow. This is one of the signs that easily recognize because most users can feel it directly.

One of the causes of a Windows 10 laptop being slow because too many programs or applications are installed. For that, you can start uninstalling applications that are not needed so that the laptop returns to normal.

It’s better to use storage memory for things that are important so that the laptop will not slow down and you are comfortable when using it.

The files in the temp folder result from application extracts or major design editing using certain applications. Often, laptop users forget that this file is in the laptop they are using. This temp file will usually be saved automatically, and if it is not regularly deleted, it can accumulate and cause memory on the laptop to decrease.

Slow performance can also be caused by virus attacks, which are often undetectable if you don’t have an antivirus installed on your PC.

However, Windows does have its own protection system called Windows Security. You can always depend on Windows Security at your fingertips. It’s already there, easy to use, and often has database updates. So, be sure always to update if there are any.

2. The Device Often Does Not Respond

If your current laptop or computer often crashes when used, it could signify a Windows error you haven’t realized. This condition will be felt when you run the application.

Not only heavy applications but even light ones will also crash when Windows is in trouble. If it is stuck, usually the process will be very long.

3. Some Apps Can’t Be Opened

The next common windows error is that there are applications that cannot be opened. When windows have problems, internal system files usually can’t normally run anymore, making some applications you want to run can’t be opened. If the level of damage is very severe, then Windows cannot run all applications installed on the laptop or computer.

A common thing that happens is the “Explorer Has Stopped Working” notification. This means that the file explorer that you open will immediately stop running. When this problem occurs, the user will not be able to access all files, whether it’s photos, videos, music, pictures, documents, and so on, that are on the laptop or computer. File explorer not working is affected by problems in Windows.

Before you solve the problem, there are a few things you need to ensure first. One of them is checking the storage capacity of your hard disk, especially on Drive C. When your hard disk storage is full, it’s no wonder Windows Explorer often displays the statement that it has stopped working.

In fixing this problem, you just need to free up storage space. Of course, by deleting files or deleting applications. In addition, several things need to be done to improve the performance of your device, for example, by increasing storage capacity, replacing HDD storage with SSD, or upgrading RAM capacity.

Next, you can recognize the unquestionable intensity of the restart on the laptop or computer. The restart process is normal under certain conditions, such as updating the system, updating drivers, installing new applications, etc.

Generally, the restart process due to Windows problems occurs without any instructions from the user. In a sense, the laptop or computer restarts itself without us knowing why. If the intensity is persistent, it means something is wrong with Windows. So, we suggest running the diagnostics to find anything wrong with either your Windows or your hardware.

For those who don’t know what the boot process is, it is a process where Windows runs various system files when the laptop or computer is turned on until it enters the start screen. Under normal conditions, this process lasts 30-50 seconds, or even less if you have SSD storage.

But if the process has been very long, even a few minutes, it might signal a Window error. Errors in booting will occur when Windows has problems, so the process takes longer. We suggest running the Windows in Safe Mode and seeing whether the problem is still there or not.

The last problem that can make you even more sure that there is a problem with Windows is the appearance of a blue screen of death. That is, the screen display on your laptop or computer will suddenly turn blue, accompanied by certain error notifications.

The blue screen usually happens suddenly without you ever guessing. Aside from being a Windows error or problem, a blue screen can also be a sign of damage to one hardware.

If your laptop or computer is still experiencing the Blue or Black Screen of Death, it can also be repaired in another way, like installing an updated driver. Almost the same as doing repairs; the difference is to install this driver update due to a crash due to an unsuitable update or an unfinished update.

The way to do this is to download the latest drivers from your device. This way, you can solve the BSOD problem, and the computer will recover.

There is another way if the update or repair has not given good results and has not shown an improving condition. The trick is to Scan for Malware.

Malware can also be one of the causes that cause Windows to experience system instability. Precisely this malware can damage the very inside of Windows or also the very beginning of Windows. To overcome this, the solution is to perform an antivirus scan on Malware.