The Most Interesting New Apps For iOS and Android 🖥

The most interesting new apps for iOS and Android 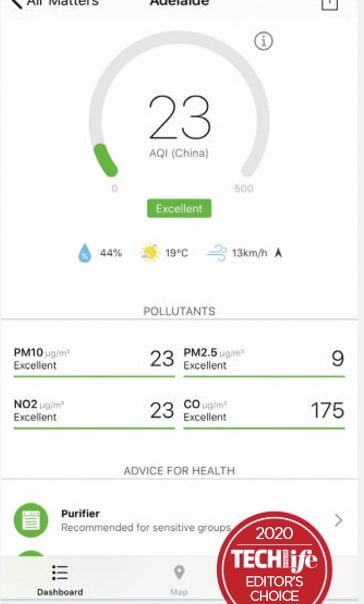 If you live in Australia in 2020, it’s suddenly become very important to have an app that lets you know how breathable the air outside is. I know, right? Technology has, of course, contributed to the world we’re now all living in, for both better and worse,

but at least with an app like Airmatters, we can keep on top of what we need to do to protect ourselves, especially as there have been several days in major cities lately were leaving the house without a mask has not been advised.

I tested out a few different apps, and Air Matters was the one that most clearly communicated exactly what I needed to know. It gives you the number and figures you’d expect but also makes very direct recommendations on whether you should leave the house,

whether an air purifier might be a good idea, and what sort of ventilation is recommended. It provides extensive data history and charts your surrounding areas easily. Grab it now and hope you won’t need it for a while. 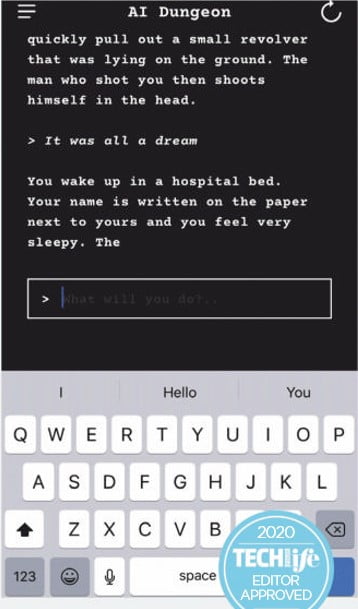 While AIDungeon markets itself as a “game,” I think it belongs on these pages – it’s a narrative generator, and it’s going to appeal to audiences who avoid the “game” tab on the App Store. In AIDungeon,

you’re dropped into an AI-generated narrative after a few prompts and left to work your way through it, resolve it, or see it through. AI-generated text appears, and you can give simple commands or dialog to drive it forward.

I started up a detective story and after being shot decided to declare that it had all been a dream – which, shockingly, the story went along with, and things continued in the waking world.

While it often feels like the stories are trying to bend back to normalcy when you try to drive them too far off the rails, it’s still fascinating how genuinely reactive the system feels to your word choices. AIDungeon is a lot of fun to mess around with – you’re not going to tell the next iconic story, but you might find yourself surprisingly engaged. 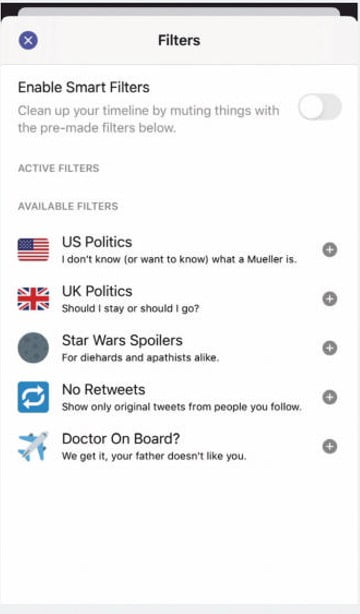 Twitter is important, but not very good, and is at least partly responsible for the terrible shape of the world. Nighthawk poses an important question – what if Twitter was, for some reason, worse?

Nighthawk’s big thing is that it allows you to filter out certain topics, but, weirdly, the list of filters is extremely short and specific right now. Is it worth paying $5.99 for a version of Twitter that does not let you track threads or add images to your tweets if, in exchange,

you can disable all mentions of US politics, StarWarsspoilers, and, uh, jokes about doctors being on planes? Is it comforting knowing that you can cut out all retweets from your feed,

but also won’t be able to be an extremely limited app, one that charges you $6 for a less convenient experience? You can also add a ‘Close Friends’ feed,

which is theoretically a nice idea – but then, that’s what Twitter’s in-built “list” function is for. There’s no benefit to using Nighthawk for your tweeting.

How To Free Up Space On iPhone IOS 13

Find My iPhone How To Turn On IOS 13

TokoToko is an AR app clearly made with kids in mind, but it still holds a certain appeal as an adult. It tells simple little stories with a variety of cute beings that you interact with through drawings – you might be asked to draw a door through which action can happen or draw a flower and hand it to a character.

You need to play on a large flat surface, and when everything is going well it’s a lovely, cute experience. But actually getting everything to work properly can be a challenge, I found – early on – I had a very hard time handling the flower I had drawn to the little dude on my screen, and this issue persisted.

This will no doubt frustrate the kids who are the game’s target audience, and the app sometimes translated my drawings into weird AR objects that didn’t quite look right. On the other hand, drawing a door and then seeing a little critter climbing up a ladder on the other side of it is a delight. 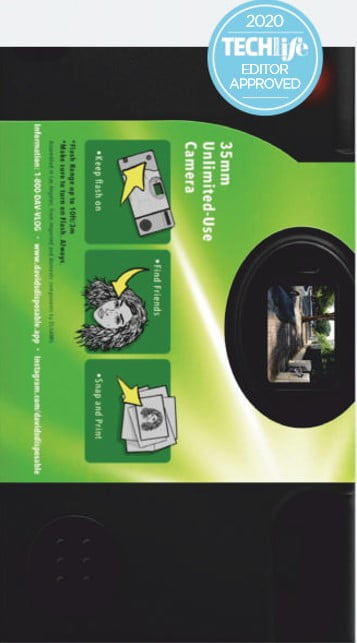 Nostalgia can be a powerful tool. This app – created by a 23-year-old YouTuber I’ve never heard of, who is, I think, too young to be as nostalgic for disposable cameras as I am at 32 – absolutely nails its brief.

It catapults you right back to the late 90s/early 2000s when you’d carry around a limited-shot disposable camera, lining `up shots with the tiny viewfinder and excitedly wondering what they’d look like when they’re ready.

The real genius of this app is that you need to wait for the photos, and they’ll only become available to you at 9 am the day after you shoot them, as though you had to take the film in to be developed. Is that a bit of a silly gimmick? Yes.

Did it charm me, absolutely and completely? Also yes. The app is free with some mild ad support, which you can get rid of by spending $1.49. This app is exactly what it should be – fun, silly, and ultimately disposable. 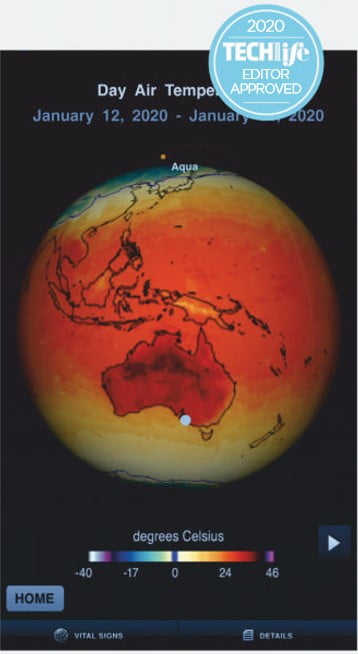 Turning on the air temperature chart and seeing Australia turn an angry red, or tracking the fires that are happening in the country (and in other parts of the world, as it turns out) might be stressful, but it’s important too.

You can also track the paths of satellites moving around the earth, which is a bit more fun, or just marvel at changing cloud patterns.

Of course, keeping on top of world events generally means keeping up with the news and current affairs, but it’s hard not to be a bit enchanted by interacting with a live, ever-changing globe. After a few uses, I felt a bit more connected to what’s happening not just in Australia, but around the world.